Settlements Prior to Trial Lawyer in Houston 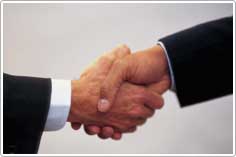 The settlements listed are based on the facts and circumstances of each case.  Prior results do not guarantee or predict similar outcome with respect to any future matter. But if you’d like to speak to an experienced Texas personal injury and workers compensation lawyer, call (713) 759 6430 now.

"She was always ready to explain things, answer questions. Did a great job for me. Truly a helpful Houston personal injury lawyer."

Fill out this form to have your case reviewed with full confidentiality: